So you’ve got that shiny new rifle and you’re itching to take it out and give it a test spin. But before you ever enter those woods in the search for deer, you’re going to have to sight that rifle scope first. The easy route is to use a bore sighter but not everybody has a bore sighter to hand and why would you want to waste that hard-earned cash on something that you don’t actually need? Because you can sight that rifle without it, especially when you’ve got our nifty sighting guide to get you through the process. Plus it’s just cooler to do it the old-fashioned way.

We’ll get started, shall we? 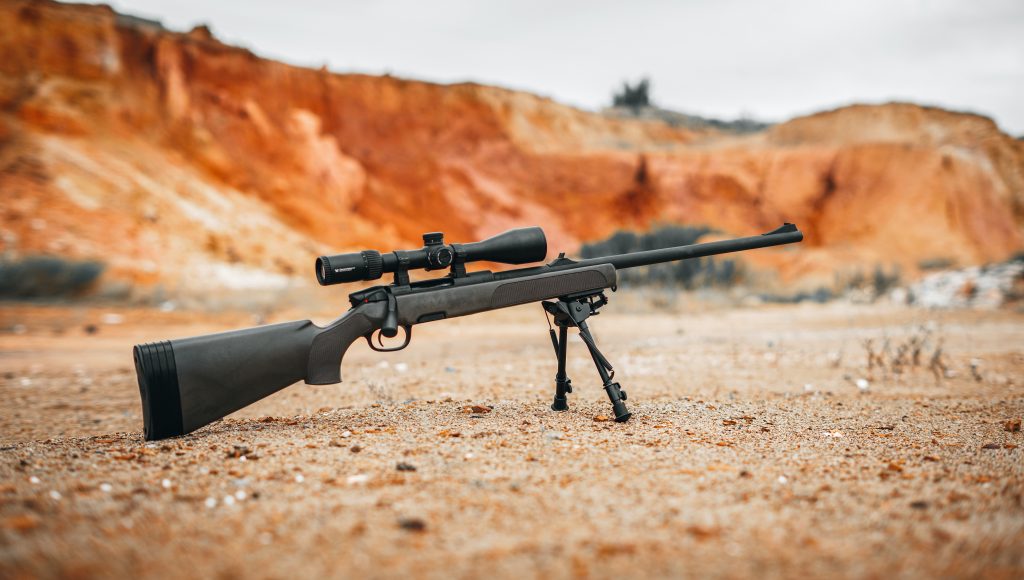 You can fine-tune those sights until the cows come home but it means nothing if your scope isn’t securely attached to the barrel. And the same goes for that eye relief and reticle focus. Check them and you won’t spend the entire session shooting random rocks, vegetation, or the skyline.

Step 2: Set Up a Solid Shooting Base

If you don’t have a solid base to shoot from, the whole process will soon be an exercise in futility. But that doesn’t mean you have to hit Hyatt Guns and splash out the bucks on something fancy. A sandbag, a bench, even a folded-up shirt will serve just as well. As long as that gun is secure, you’ll be in the ballpark of that backstop as well as your sanity. A good result all-around.

Step 3: Pick a Safe Location and Set Up a Backstop

It’s nearly time to shoot! But before we fire that first round, you need to set up a safe shooting space. Somewhere that isn’t your front room, your local park, or the middle of the street. Somewhere that allows for wayward shooting because it’s going to happen. What you need is a safe location and a solid backstop to collect those rounds. Not only will the backstop catch those rounds, it’ll also give you a good visual of just how well your rounds are landing. It’s a lot harder to sight your rifle without it.

Step 4: Establish a Distance to Fire From 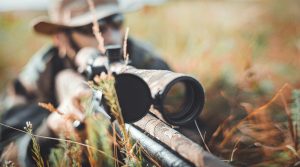 And that doesn’t mean your preferred distance. We’re not there yet – you need to be testing that rifle at a much closer range before we ever set off for that target distance. As a gauge, if you’re looking to test your sights for a 100-yard shoot, you need to be kicking off the process at 30 yards ideally. Don’t run before you can walk!

You want to be aiming at the X and firing at least several rounds. 1 round in isolation isn’t going to cut it as it won’t give you a decent idea of just how well your scope is sighted. Aim for at least three to give you a decent gauge of how those rounds are landing. The whole process will be a lot faster because of it.

Once you’ve taken a look at those first shots, you need to start adjusting for wind direction and altitude. Don’t do them together though. Test either wind direction or altitude and when that’s been accounted for, move onto the other. The alternative is chaos and confusion, only with a firearm involved.

Step 7: Move to That Preferred Distance 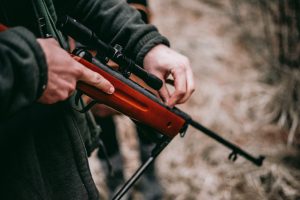 By this stage, after tweaking and firing several times, your sights should be pretty much aligned. It’s at this point that you can move from that shorter range to your preferred range. You’ve nearly completed a manual sighting of your rifle scope!

Now you’re at the preferred range, fire another set of rounds and measure your success. Cycle through the process as many times as necessary, until your rifle scope is properly sighted. You can always fire more rounds at each stage if preferred. Firing more rounds will always give you a better idea of just how well your rifle scope is sighted but it does eat through the ammo. However – if you’ve got ammo to burn – why not have a little bit of fun?

Who Needs a Bore Sighter, EH?

Keep following the steps above and you’ll have that rifle scope sighted in no time. And you’ll have more cash in your pocket too. Plus the satisfaction that you sighted your rifle scope the proper way. Time for an ammo purchase, methinks? And leave out the bore sighter!

How to Sight in a Red Dot Scope Without Shooting

How to Bore Sight a Scope in Simple Steps