It is best to know more about your rifle. The more you know, the better you can get at zeroing and shooting. So, let’s start with the very first number on the rifle scope.

Magnification, also known as the power of a rifle, is an essential measurement. Explicitly defining, magnification is the ratio between the actual object size and size of the image created by scope. While purchasing a rifle, you must look out for magnifications of the gun. There might be a series of numbers, all defining the magnification of the rifle.

Let us explain to you the meaning and importance of magnification by an example. If you see 6×32 written on the rifle scope, the scope will magnify the image six times. Similarly, 4×32 denotes the magnification power of 4.

Consider your target at a distance of 200 yards. Your target will appear 20cm long from the naked eye. If you use the rifle scope with a magnification range of 4-8, your target will seem 120cm to 240cm long and 4 to 8 times larger in size. Such magnification will help you in viewing your aim strongly, also will aid in shooting better.

After magnification, the second number on the rifle scope indicates the size of the objective lens. You might walk into a shop to make a purchase, and the rifle scope you see has 6X32 written on it. Seeing this carved there, you would instantly know the magnification power, i.e., 6. The other number, i.e., 32, will indicate the size of its objective lens.

Here is a friendly tip for you, if you have an option, make sure you buy a rifle with a larger lens: the reason being, as the magnification progresses, brightness decreases. A larger lens will help you view your target clearly. Even when it’s dark, a larger lens will allow you to brighten up your target, making it vivid. A bigger lens may cost more and weigh more, but it makes hunting and shooting worthwhile.

The two types of numbers defined above are typical. Everyone should know about these figures on rifle scopes before making a purchase. 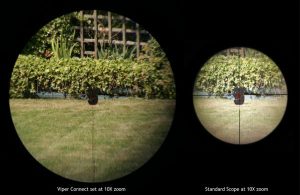 However, sum rifles in the market have another number as well. It would be better if we learn about this representation as well.

The first number is the field of view—the field of view (FOV) and magnification correlate. Basically, FOV is what you will be able to see through the rifle scope from left to right while looking at your target. One thing that should be kept in mind is that as the magnification increases, the FOV decreases.

While purchasing a rifle, you should see that FOV should not appear like a tunnel. This effect is called “tunneling.” Such a FOV will not allow you to focus on your target; hence and adequately will disturb the shooting. The field of view is typically measured at 100 yards. You can, and you should test the FOV of a rifle before purchasing it.

Extra Features You Need to Know 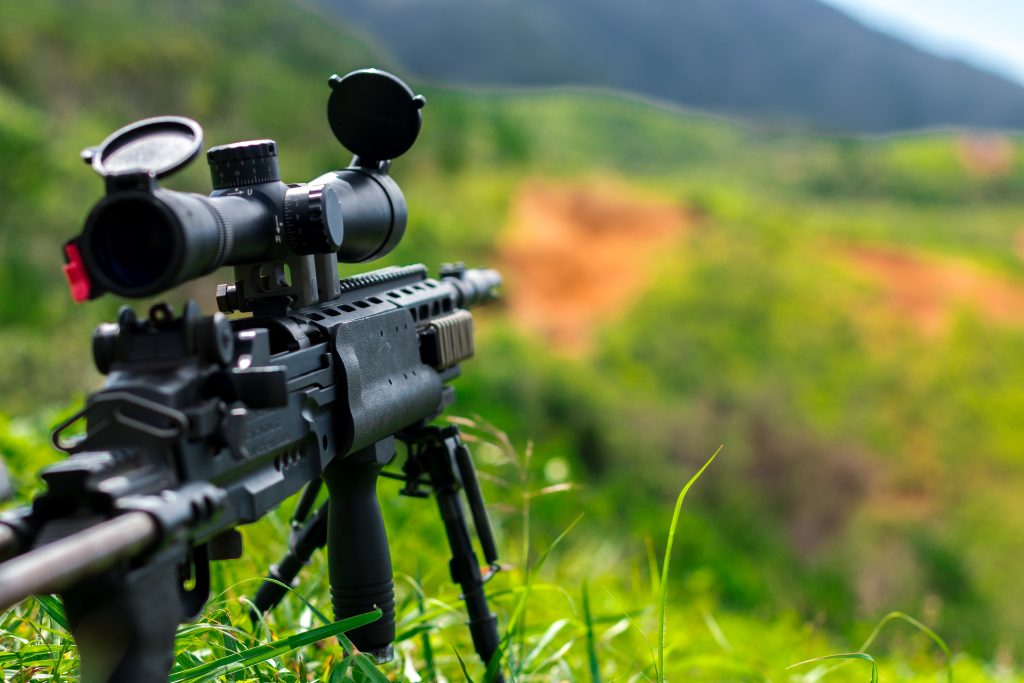 You must be interested in the diameter of the scope cube. You can find this number written on the rifle scope or description of the rifle. Tube size is needed while selecting the correct rings. The two most common sizes of tubes are 30mm or 1 inch. 30mm tubes are generally higher in price and better in magnification.

Once you have learned about all the features and numbers of a rifle scope, you can make an easy purchase. You can lookout for the best magnifications and sizes. Make sure you keenly observe all the readings on the riflescope and invest in what is worth it.